Share a memory
Obituary & Services
Tribute Wall
Read more about the life story of Joann and share your memory.

Mary Joann Teegarden was an amazing woman of goodness, talent, practicality, and joy.  During her 90 ½ years she raised a family, established enduring friendships in 9 states, and was beloved by many.  Her devotion to high school sweetheart, and husband, Walter Teegarden, was a 70+ year love story that touched many hearts and exemplified the expression that “Home is where the heart is.”

Joann was born May 29, 1932, in Marceline, Missouri to her parents, Reverend Ralph G Allen and Harriet Allen (Glore).   Along with older brother Charles, older sister Doralee, and younger sister Janice, she was raised with self-sufficient mid-western values, and learned to extract a rich life from modest means.  She was smart (joined the National Honor Society at age 16), pretty (a petite 5’2” tall, blue eyes, reddish hair), and talented (multiple awards for playing the cello).  She graduated from Benton HS in St. Joseph, Missouri in 1950, and continued her education at junior college there.   During a high school band event she met a young French Horn player (and engineering student) from nearby St. Joseph High School, Walter Teegarden, who fell head over heels in love with her.  They were married on Groundhog’s Day, Feb. 2, 1952, in her parents’ backyard with Joann’s father officiating the wedding.

Walt’s engineering career (primarily with the Martin Company – forerunner to Lockheed-Martin) led to the couple establishing homes in Kansas, Texas, Colorado, Pennsylvania, and California.  They were joined in this journey by son Tom (b. 1952), daughter Teri (b. 1954), and son John (b. 1961).  Joann was much admired as the incredibly strong partner to Walt, as an extraordinarily nurturing mother, and as a talented homemaker who was a genius at managing the household on a budget.  She was a gourmet cook, seamstress, and coach, tutor, and counselor to the kids and to Walt.  Her exceptional clerical skills also netted her secretarial assignments with two aerospace companies, with a real estate broker, and later in merchandising in the office of a large drug store chain.

After Walt’s retirement from the aerospace industry, the couple moved up and down the West Coast, establishing beautiful homes and landscapes in San Luis Obispo, CA, Canby, OR, and Vancouver, WA as well as Martinsburg, PA and finally in Cedaredge, CO … where they continued to live independently until Walt was 89 and Joann 87.  They were also part of retirement communities in Grapevine, TX and (Joann only) in Panama City Beach, FL.  At each stop, they engaged their neighbors and communities, added new friends to their growing extended family.

Growing up without TV, Joann loved to read, especially about early American History, a pastime she enjoyed her whole life.  She was a lifetime subscriber to “Prevention Magazine” where she became passionate about healthy living, diet, exercise, etc. … valuable lessons she brought into the home, and no doubt contributing to both her and Walt enjoying healthy lifestyles and outliving all their siblings.  She was always trim and “fit,” even though she did not grow up playing sports.  However, in her mid-50s, she joined Walt in entering a local 10k running event and she won her age group.  She collected more hardware from subsequent running events.  Always classy, a sharp dresser, ageless … Joann could pass for 30 while well into her 60s.

As the daughter of a minister, Joann was a lifelong churchgoer, and was well-connected to faith communities in each of the places they lived.  Her faith in Jesus Christ was the bedrock of her life as she lived out her faith in quiet reverence and respect.  She loved plants and flowers and helped Walt in the garden with his conifers, roses, and award-winning dahlias.  Her homes were always warm and loving, with the décor reflecting a lifetime of gifts from family and friends.  She also wrote beautiful love poems … to an audience of one … Walt.

Joann and Walt were anchored by connections to people, not real estate.  They experienced the richness that comes from spending time in multiple locales, and while they often changed the scenery, they took with them many memories, relationships, and bonds.  For Joann, life was all about the journey, as long as it was with Walt.

Joann will be laid to rest next to husband Walter on Monday, November 21st at 2:00 pm at the Azleland Cemetery in Azle, TX – just west of Ft. Worth.  The Teegarden family invites Joann and Walt’s many friends, neighbors, and colleagues over the years to reach out to John Teegarden at jteegarden303@gmail.com for information about a “Celebration of Life” gathering being planned for the Spring or early Summer ’23 in Albuquerque, NM.

A graveside service will be held on November 21, 2022, beginning at 2:00 PM at Azleland Cemetery, followed by the interment immediately after the service.

To send flowers to the family or plant a tree in memory of Joann Teegarden, please visit our floral store. 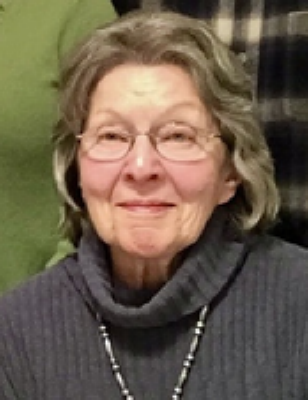