Share a memory
Obituary & Services
Tribute Wall
Read more about the life story of Bertha and share your memory.

Bertha Lucille Ratliff Johnson went to be with the Lord on December 5, 2022 at the age of 91 in Azle, Texas.  She was born on February 27, 1931 in Claytonville/Capitola, Texas to AD and Jewel Ratliff.

On December 13, 1947, Bertha married Wayne Warren, and together raised their four boys in Claytonville Community where the couple remained until his passing in 1994.  Three years after his passing, Bertha married Merril Johnson and the two continued their life on the farm in Claytonville prior to moving to Springtown, Texas. Upon Merril's passing in 2019, Bertha moved into Legacy Oaks Assisted Living where she would remain for the remainder of life.

Bertha was a woman of many talents.  She loved to paint and write poetry bringing her numerous awards for each.  Bertha was a member of the the Sweetwater and Rotan Theater where she was awarded on her great acting abilities.  Above all, her life was centered around her family.  Bertha cherished the time she spent with each of them.

Visitation will be held on Thursday, December 8, 2022, at Azle & Lake Worth Funeral Chapel with a Funeral Service to follow at 10:00 AM.  A Graveside Service will be held at Hobbs Cemetery in Hobbs, Texas on Friday at 1:00 PM.

To send flowers to the family or plant a tree in memory of Bertha Lucille (Ratliff) Johnson, please visit our floral store. 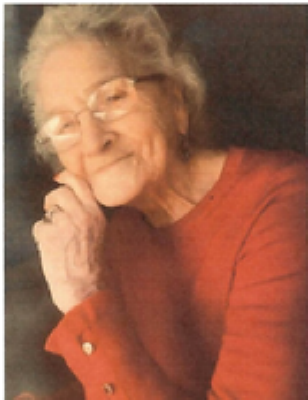 Look inside to read what others
have shared
Family and friends are coming together online to create a special keepsake. Every memory left on the online obituary will be automatically included in the book.